Nike have always had the athlete at the centre of their philosophy, so it is not surprise that they have the Nike Fuel Band to cash in on the wearable technology sector. The band is made primarily from a rubber and plastic hybrid. The band displays your progress in real

time, with the “Fuel” display. The band tracks how much “Nike Fuel” is earned calories burned and steps taken. The batteries should last 4 days which is on the lower spectrum for competitors. This is the second generation of the band, with the difference being Bluetooth 4.0 to track your progress using the app on mobile devices, making it easier to compare previous steps or calories burned. The band is a simple way to improve fitness motivation for runners via tracking progress and setting goals. The price comes in at 99€ on the Nike Store.

As the name of the company suggests, Fitbit is a company that is “dedicated to health and fitness who are building products to help transform people’s lives”. The Fitbit Charge HR has the usual step and calorie tracker but it also has a heart rate monitor, sleep tracking and a silent alarm that vibrates to wake you up. These features make it a product for people that are interested in their activity throughout the day, not just when they work out. The screen also shows notifications of your phone such as caller ID, giving the product real utility outside of a workout. The companion app is also impressive as it compares you to your friends, this friendly competition will have a huge impact on your motivation to exercise. The wearable is also boasts a 5 day battery life which is impressive for the amount of technology in the device. As this device is of good quality and has more features the €161 price tag on Amazon is acceptable for people that want to track their everyday activities and no just looking for a burned calorie tracker.

Lenovo’s new Vibe Band is currently not yet available but a few different websites such as CNET and Engadget have managed to get their hands on one. The band has the usual step, distance and calorie tracker and it includes a sleep tracker which is becoming more popular. Although the fitness functions are in place this wearable technology is more targeted for the everyday user as it gives phone, text, and social network notifications of up to 200 characters long. This wearable boasts the longest batter life with up to 7 days, most likely due to the e ink display. As well as this it is Water proof rather than the current standard of being water resistant like the other wearables in this list. The main drawback seems to be that the band only works with android and is not compatible with IOS. According to techradar it will only be released in Asia with the price of about 88€. It is one to watch with such a low price tag and with the high functionalities, keep an eye out for 3rd party suppliers to buy yours online from Asia. 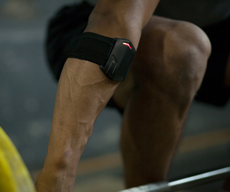 The push band is an activity tracker which is best suited for gym sessions. Rather than common step or calorie tracker the band measures strength and velocity which helps you to decide to increase or decrease the weight of sets through the companion app “push assist”. As you rest between sets you can see any recommendations the app has for your next set. As the app recommends to increase your weight you will feel the motivation to complete the set as it is aware of your level of ability. The battery life is only 7 hours but as this is a product that is only used for the gym you would not be charging it too often. The drawback is that the band does not work for many lower body exercises and the price is just over €200 with shipping from America.

Manage Cookie Consent
To provide the best experiences, we use technologies like cookies to store and/or access device information. Consenting to these technologies will allow us to process data such as browsing behavior or unique IDs on this site. Not consenting or withdrawing consent, may adversely affect certain features and functions.
Manage options Manage services Manage vendors Read more about these purposes
View preferences
{title} {title} {title}